Introduction: How to Interpret Scripture

As Seventh-day Adventists, we are Protestants, which means that we believe in sola Scriptura, the Bible alone as the sole authoritative foundation of our faith and doctrines. This is especially relevant in the last days, when, as Ellen G. White said, God will have “a people upon the earth to maintain the Bible, and the Bible only, as the standard of all doctrines and the basis of all reforms”. — The Great Controversy, p. 595.

Of course, we are not unique among Protestants in claiming “the Bible and the Bible alone” as the foundation of our faith, even though many who make that claim believe in things like Sunday as the New Testament replacement for the seventh-day Sabbath; the immortality of the soul; eternal torment in hell for the lost; and even a secret rapture in which Jesus quietly and surreptitiously returns to the earth and snatches away the saved while everyone else is left wondering how those people could have disappeared.

In other words, just having the Bible, and claiming to believe it, is one thing, as important as that is. But, as the proliferation of false doctrines (all supposedly derived from Scripture) reveals, we need to know how to interpret the Bible correctly as well.

Hence, the subject of the Adult Bible Study Guide for this quarter, “How to Interpret Scripture”. In it, we begin with the assumption that Scripture, as the Word of God, is “the infallible revelation of His will” and “the standard of character, the test of experience, the authoritative revealer of doctrines, and the trustworthy record of God’s acts in history”. — Seventh-day Adventists Believe, … (2nd ed.) (Nampa: Idaho: Pacific Press® Publishing Association, 2005), p. 11. In short, Scripture is the foundational source of the truths that we believe and proclaim to the world. Or, as the Bible itself says, “All Scripture is given by inspiration of God, and is profitable for doctrine, for reproof, for correction, for instruction in righteousness” (2 Tim. 3:16). “All Scripture”, of course, means all Scripture, even the Scripture that we might not like, that might step on our toes, and that, to use contemporary parlance, might not be “politically correct”.

From this starting point, then, we will examine how the Bible teaches us to interpret itself. That is, rather than first going to extra-biblical sources such as science, philosophy, and history (which, if used correctly, can be a blessing), we will seek to uncover from within the biblical texts the tools that reveal the great truths found in its sacred pages. We are told that “holy men of God spoke as they were moved by the Holy Spirit” (2 Pet. 1:21, NKJV). And we believe that among the things these “holy men of God spoke” were keys to helping us interpret the Word of God.

For instance, how did Paul or the other gospel writers interpret the Old Testament? If what they wrote was inspired by God, then certainly how they read and interpreted the Scriptures could be central to helping us learn to do the same, as well. And how did Jesus Himself use and interpret Scripture? We won’t find a better example on how to read the Bible than from Jesus.

At the same time, we will explore our own presuppositions, and reasoning about context, language, culture, and history and how they impact how we read and understand the Word of God. How are we to interpret the parables, prophecies, sacred history, admonitions, songs of praise, prophetic visions, and dreams — the whole spectrum of inspired writing found in the Scriptures?

All these questions and more will be explored this quarter because, as doctrines like eternal torment in hell or Sunday sacredness show, believing in the Bible itself isn’t enough. We must learn how to interpret it, as well. 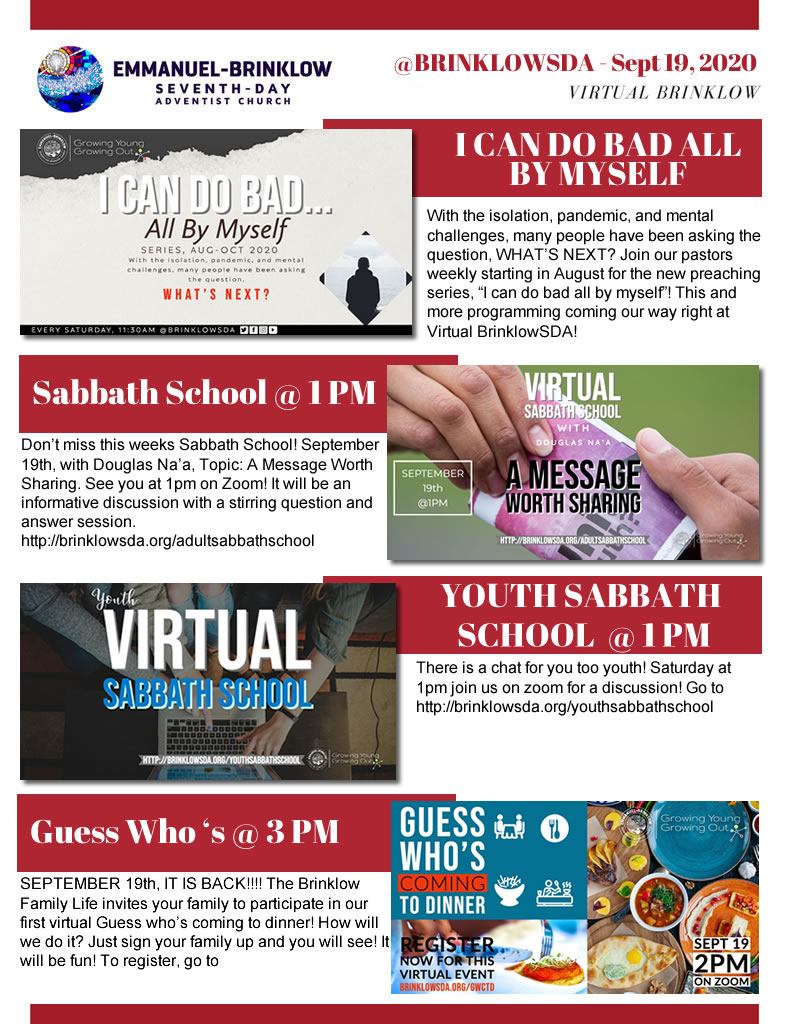